Jamstack for eCommerce: The High-Level Perspective 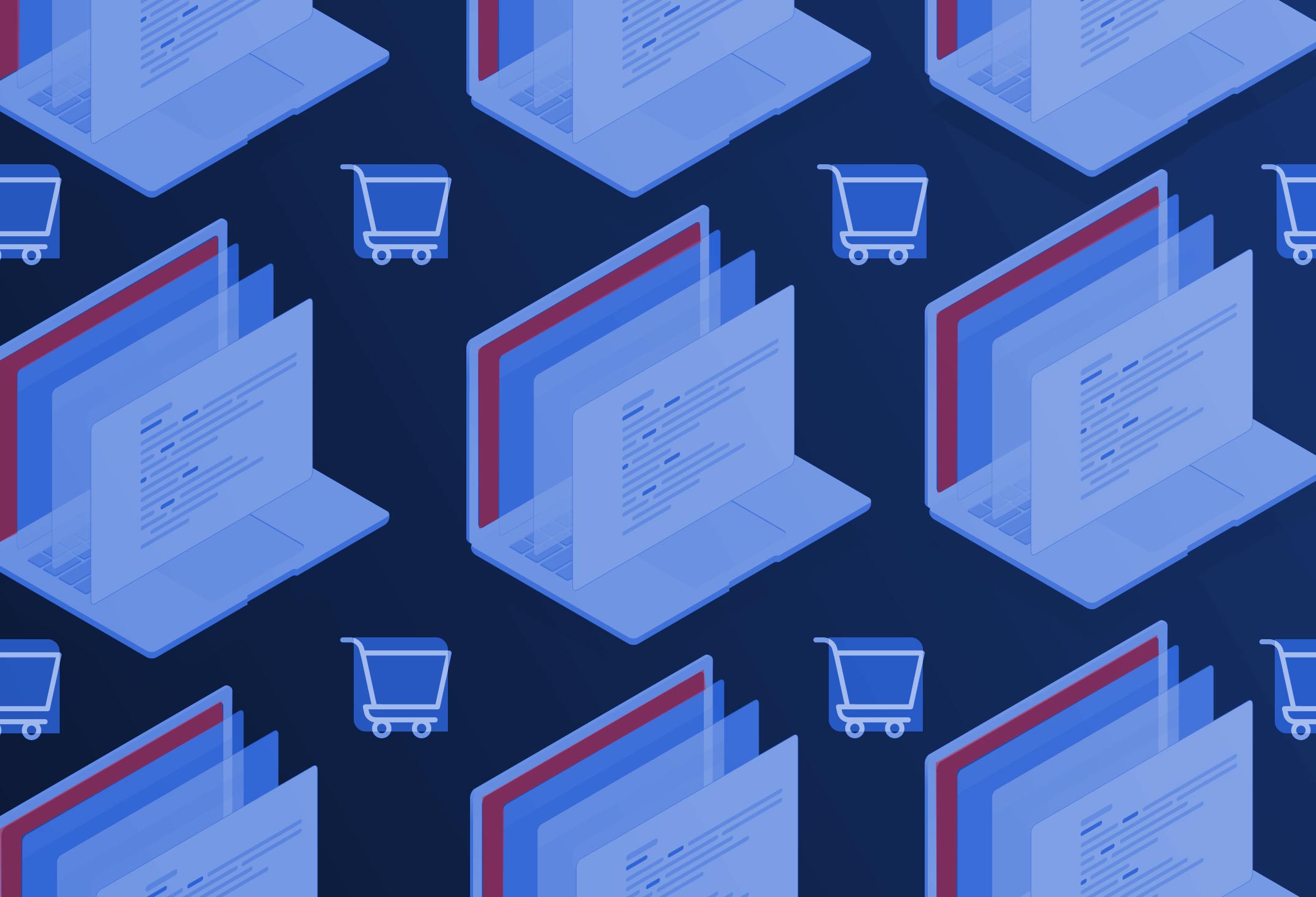 As you explore new strategies and technologies to boost your eCommerce performance, you’ll likely come across the term “Jamstack.” It’s an important term to know, especially if you’re considering a headless commerce solution.

Jamstack is a web development architecture that’s growing in popularity among developers. It’s often a core component of modern solutions including headless commerce. Jamstack was created to, “make the web faster, more secure, and easier to scale,” according to the official definition.

The “Jam” in Jamstack is an acronym for JavaScript, APIs, and Markup. The “stack” refers to the group of technologies used to build web applications. This blog will take you on the Jamstack journey, from its roots to its place in headless commerce.

Note, that this article is a high-level overview of Jamstack. If you are looking for a more technical point of view, be sure to read Jamstack for eCommerce: The Developer Perspective, written by one of our lead developers.

There are several web application architectures, or web stacks, that developers can choose from when building an eCommerce website or web application. Think of the architecture of your site as the motherboard for organization, structure, and pieces of code that ultimately translate into your website components.

Jamstack is a modern architecture and its name is a play on the established LAMP stack, but the two have distinct differences. LAMP is a common, decades-old architecture for traditional website development.

In traditional web development methods, everything is created and hosted in one place, so if one thing goes wrong, your entire operation will stop working. Jamstack juxtaposes this notion because it pulls together different services and data sources into one cohesive piece. If something breaks, it’s in a vacuum and doesn’t derail the other tools you’re using to power your store.

LAMP can be a familiar and reliable tool, but this web stack can also be rigid and prone to performance issues. For instance, let’s say you launched a marketing campaign with an influencer, and that influencer sent a flood of followers to your site when they posted about your brand. A webstore using LAMP is more likely to crash because it can’t support the influx of traffic all at once due to its inherent monolithic nature and structure.

Traditionally with LAMP stack, each shopper landing on your webstore will trigger a request to load the site—too many requests and the site crashes under pressure, or significantly slows down. With Jamstack’s pre-rendering flexibility, the site is already loaded when the user arrives, eliminating the requests that slow down or crash your site.

Jamstack is designed to eradicate those performance inconsistency issues and provide flexibility and cohesion with other key tools. It’s a favorite among eCommerce brands and almost always used in a headless webstore build because it supports both your frontend and backend once decoupled.

Jamstack is known for its accessibility. On the frontend, Jamstack unlocks the ultra-fast site speed needed to create an end-user experience that converts. Jamstack also allows for pre-rendering which supports heavy traffic.

Traditional projects often require new teams to run the backend and navigate specialized backend server languages. This traditional backend creation and management is entirely separate from the frontend. Javascript eliminates these specialized roles and gives developers the ability to easily manage both.

On the backend, Jamstack also promotes APIs for server-side efficiency and ease. This is a win for developers who are already versed in the “API Economy,” having had exposure to the benefits, ease, and accessibility that APIs provide. 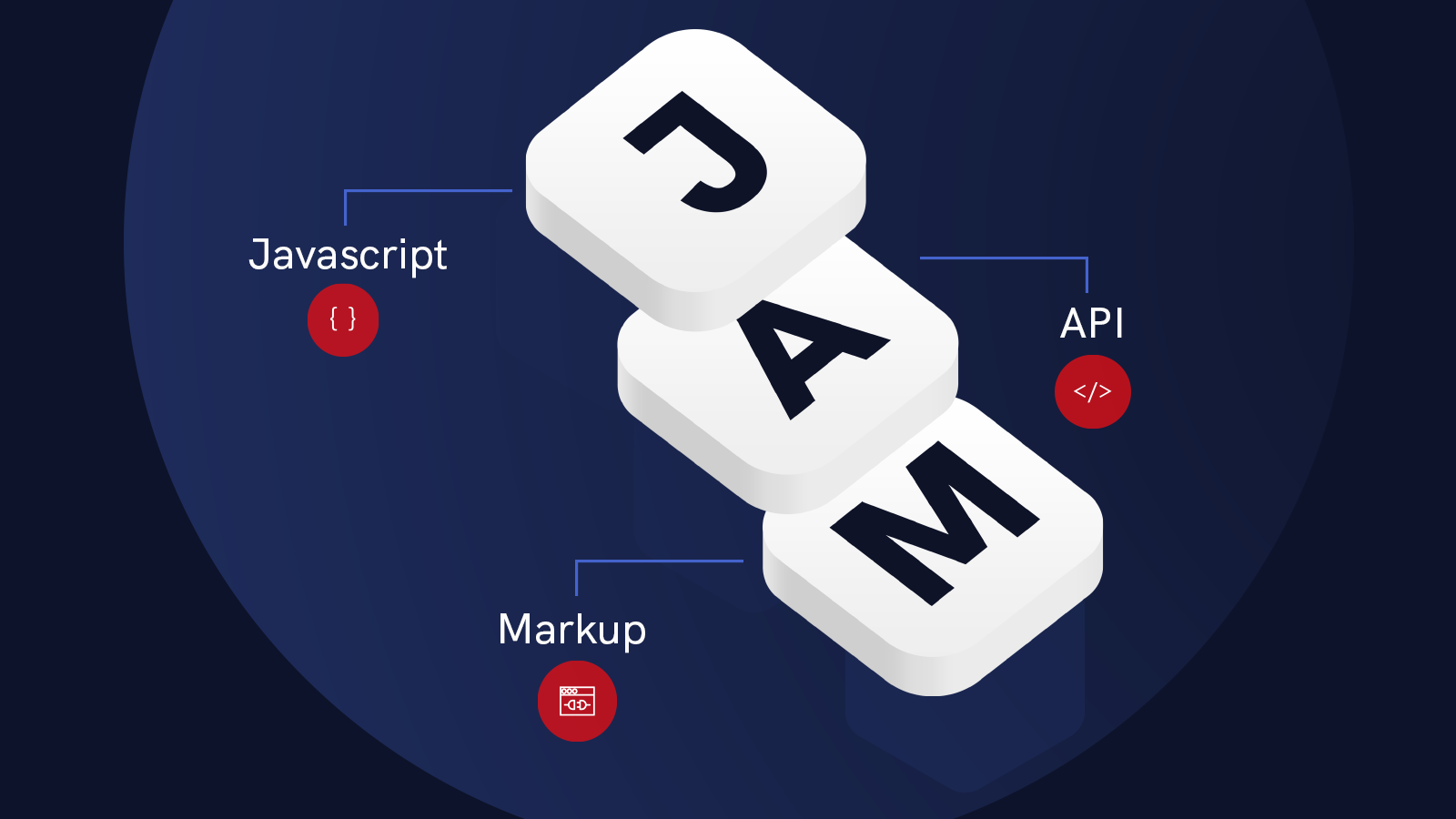 JavaScript is the main programming language used on browsers and devices around the world. Therefore, many people know how to write it. A common parallel used to describe JavaScript is that it’s like the nervous system of the body—with HTML being the skeleton in this analogy, and CSS the skin.

In a headless commerce webstore build, JavaScript is used for both the frontend code itself and during the build process in order to generate the pages of your site. Jamstack’s use of JavaScript makes it accessible to many developers who are already proficient with the JavaScript language.

This accessibility is important because it can simplify the personnel requirements for an eCommerce storefront build. As mentioned above, traditional web architectures require backend server languages to run the backend. This often requires a dedicated team for the backend that’s completely separate from the frontend team who works with JavaScript, HTML, and CSS. In this case, two teams are needed.

With Javascript used for the frontend and backend, frontend developers have “full stack” power and can understand and navigate both sides. This could mean more agile teams requiring less specialized knowledge.

An application programming interface (API) is the piece of the puzzle that enables the JavaScript “super powers” previously discussed. APIs allow for an incredible level of customization for your website.

Your site is backed by data, and that data can be sourced from many services. APIs connect data sources to your website’s data layer. Leveraging services which expose data through an API provide a simple, elegant alternative to managing databases and a litany of backend queries to get the data needed to create your site.

Setting up and maintaining data queries from many disparate APIs can be cumbersome. Nacelle’s API, for instance, abstracts the complexity of eCommerce data sources by providing one unified API for product, collection, and content data. Nacelle provides a stable, consistent API so development teams don’t have to keep up with API changes from a variety of services. Developers can just ask for data and know they’re going to get what they need.

Markup is the HTML code used for defining and presenting content on a user’s screen. Jamstack sites use templating systems to connect data from APIs and convert that data into HTML. For example, because templating logic can be controlled by changes made in a Content Management System content editors can interact with data from an API without involving a developer.

This approach also allows HTML to be rendered ahead of time, which is often referred to as static site generation. Static site generation solves the problem of performance and SEO issues that occur when you’re only able to render content on a page once it’s loaded. 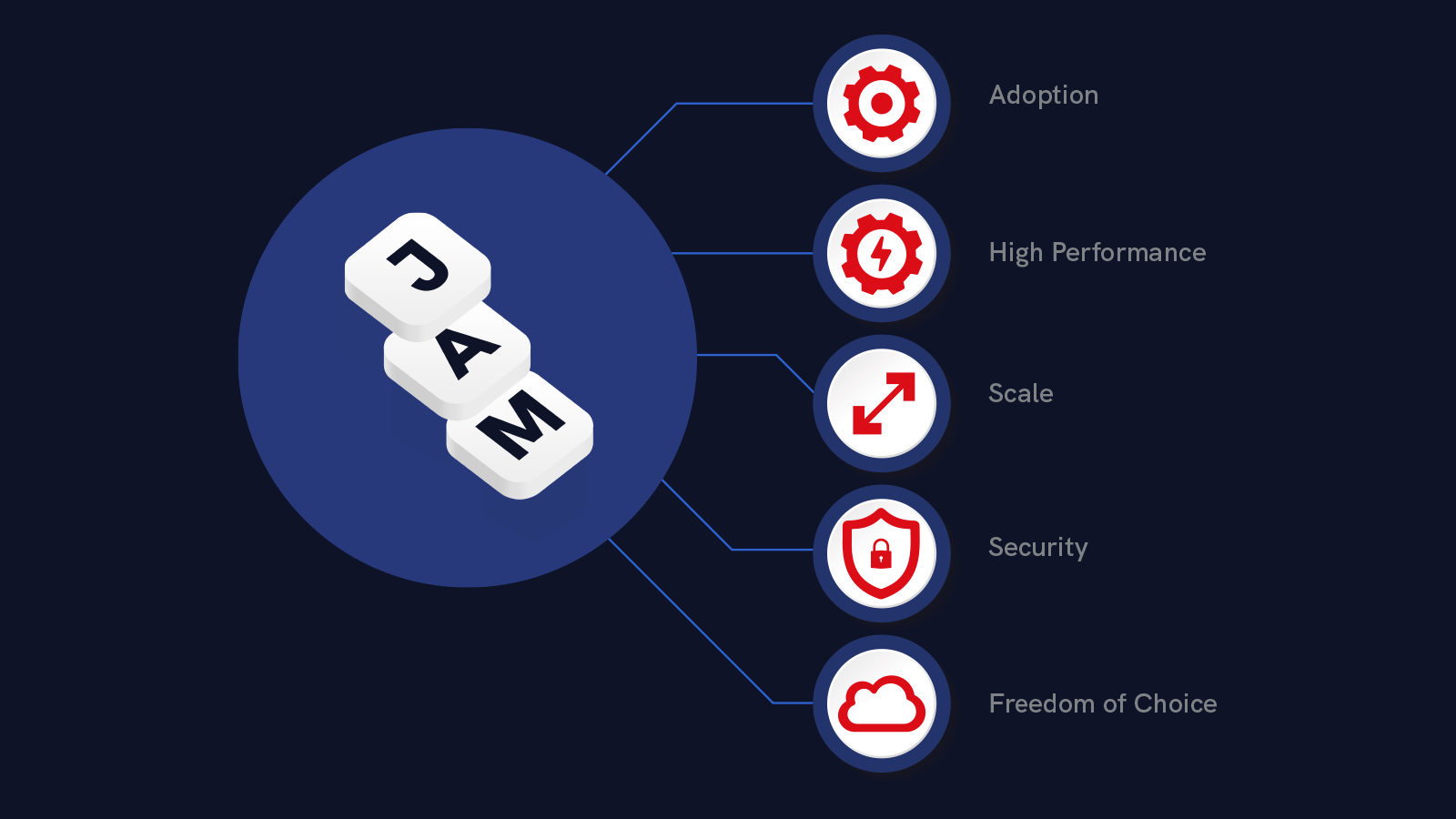 Jamstack is now in a phase of mainstream adoption, with established industries outside of technology embracing it. A Netlify survey found the biggest industries using Jamstack besides “pure tech” included advertising and media, education, and finance.

Jamstack is already proven in eCommerce too. Some of the industry’s top D2C brands such as Peloton, Enso Rings, and Something Navy have adopted the architecture with great success. The Netlify survey also found that although Jamstack is relatively new, it’s been embraced by seasoned developers with many years of experience.

Jamstack’s reputation for high website performance stems from its pre-rendering capabilities and speed. Page-to-page load speeds are reduced to milliseconds, because the site only loads on the first page visit, not after each click.

This quickness allows for enhanced catalog discoverability, and an easy checkout process which makes it seamless for customers to spend money and have an experience they want to come back to time and time again.

Jamstack is typically less expensive and easier to scale because it allows your site to use a content delivery network (CDN). A CDN is a global network of file servers designed to help minimize loading delays and reduce the physical distance between the server and the shopper.

This scalability is what makes Black Friday and Cyber Monday a breeze for eCommerce brands that use Jamstack, in terms of speed and performance reliability. As your product catalog gets bigger, a Jamstack site will continue to support you seamlessly.

By using a CDN, Jamstack eliminates the origin server used in other architectures, thus removing the threat of a security breach at that point. Though frontend security still needs to be taken into account, the nature of static generation and pre-generated files reduces the likelihood of a security issue.

If you’re using a best-of-breed approach to your tech stack, Jamstack can support that strategy, especially when it comes to choosing a hosting provider. In a headless build, the “decoupling” of the frontend and backend gives way for best-of-breed APIs and content management systems (CMS).

For example, using a CMS that’s best suited for your team can produce benefits such as allowing your marketing team to manage content on your website without developer assistance. And because everything is its own entity, a problem in one area won’t affect another. So if your site can’t rebuild for some reason, your content team can still create content for your site through the CMS.

The Jamstack Experience for eCommerce Teams 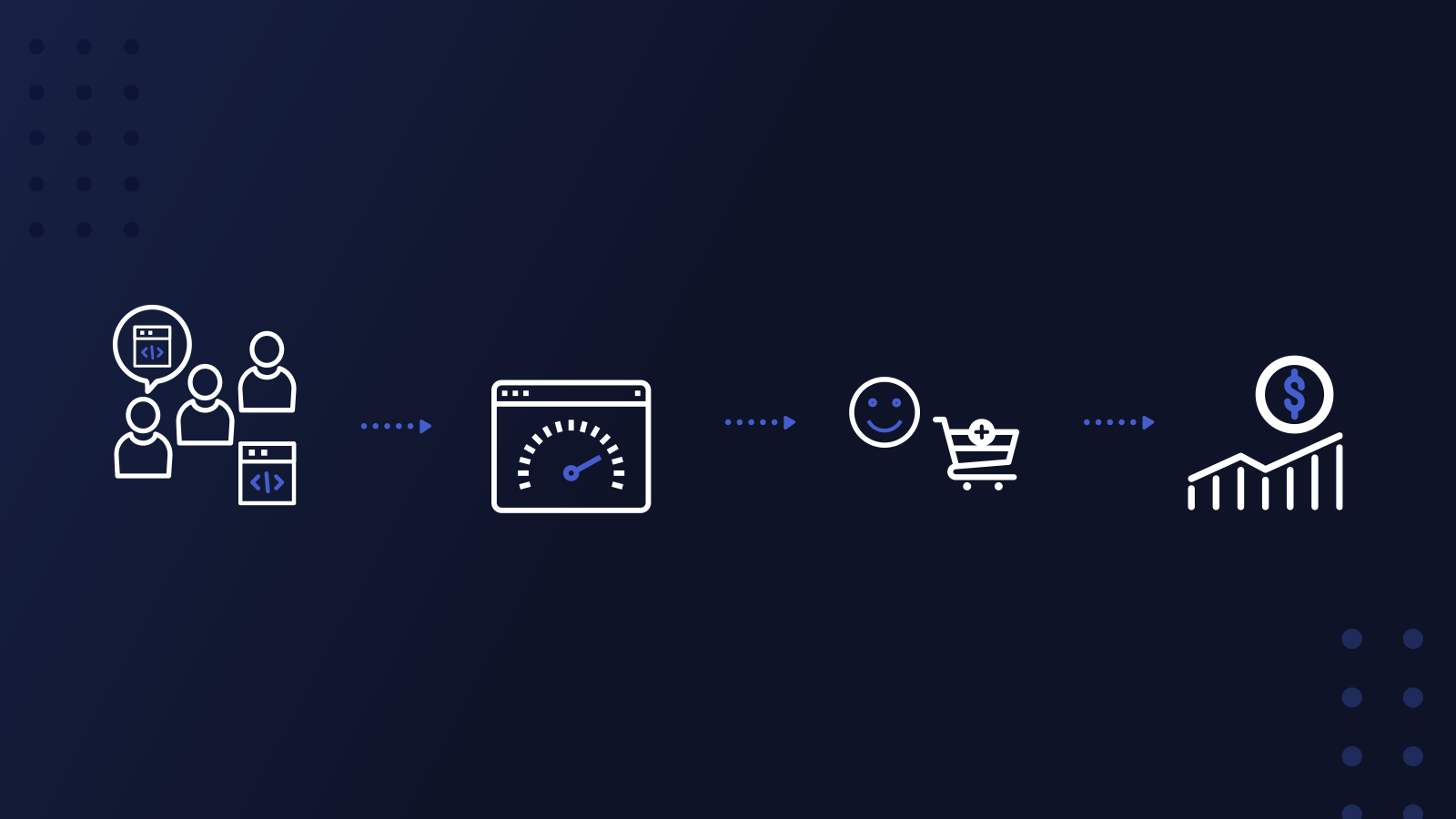 Technical features aside, Jamstack feeds outcomes that can improve the KPIs that matter to your team, including average order value (AOV) and conversion rates. A faster site gives shoppers the opportunity to navigate your catalog better and engage with your brand across devices. That engagement and ease of shopping will be reflected in your revenue stream.

Behind the scenes, Jamstack can also improve workflows for your dev team, potentially freeing up their time and energy for more pressing projects. With Jamstack’s best-of-breed mentality, you can also keep your favorite tech stack tools and enjoy the power of having the best tool in every area of your business that you require. The flexibility is unparalleled.

Our Javascript SDK is robust and flexible and we have direct integrations into popular web frameworks that developers enjoy working with, such as Nuxt, Next, and Gatsby. Our goal is to give you the power of headless with the flexibility you need to scale effectively.

For the development perspective on Jamstack, read on.